The Leading Families of Modern Turkey by their Marks on the City’s Heritage, after the very unique and liveliest district of historical Pera as a Center of Westernization through its Urbanization and Architecture…

The walking part would include Greek-Orthodox, Armenian and Catholic Churches on the same Boulevard, the civic architecture of “Belle Epoque” accompanied by the new means of transportation technologies of the late 19th & early 20th centuries. The Levantine neighborhood of Galata will follow them with its famous tower from the 15th century. 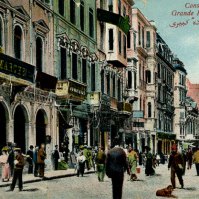 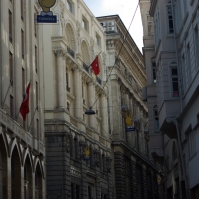 the whirling dervishes at Galata Mevlevihanesi.

Galata Tower, built by the Genovese Colonists in the 15th century

One thought on “Pera as the Other Side”